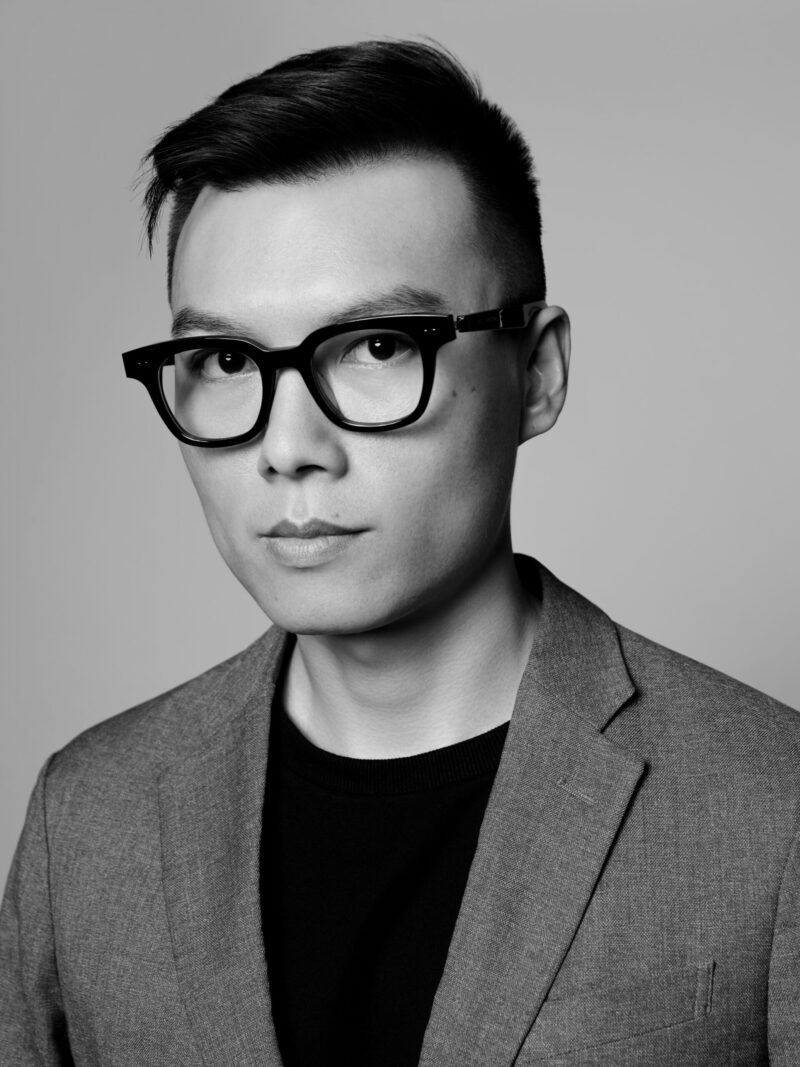 Tina Müller from sinokultur in an interview with Chen Qiufan aka Stanley Chan.

Why did you choose Science-Fiction as your literary genre?

I’ve been a science-fiction fan since childhood, since around 7–8-year-old or even earlier. My first encounter was Jules Verne, Asimov, Arthur C. Clarke, H.G. Wells, Heinlein, etc. Golden age and classic authors. I really couldn’t explain why, I simply think it was a coincidence that I read SF at the right time. The curiosity of the cosmos, mystical vision of the world, UFO, aliens, time travelling, imagine what a boy would love to learn and explore in that age. Also, reading science fiction offered me the maximum pleasure and satisfaction that other genres couldn’t. I read everything I can find on science fiction at that time, later I watched Star Wars and Star Trek on TV. All of those drew me to the path that I’ve been chosen.

What is your personal experience with AI (artificial intelligence)?

There is a very interesting while thrilling back story on this piece. A literary prize – by an AI judge algorithm was host in 2019 to cover most of the mainstream stories published in the previous year. At the very first stage of the award, the Nobel Prize winner Mo Yan’s short story was ranked first. So, everyone thought the algorithm really worked because a Nobel Prize winner won, what could be wrong? But on the last day, Fiction World, where I published the State of Trance, a story I collaborated with AI was submitted, and my score was 0.00001 point ahead of Mo Yan’s story and turned out on top of the chart. So, with the help of AI, I beat the Nobel Prize winner in literature.

What are some of the chances and risks we face with AI in your opinion?

AI will definitely play an important role in the future on everything. From the positive perspective, it might help us to develop new science and technologies, fighting against climate change, curing diseases, and bringing equality of educational resources to children from different classes and areas. But, if it is misused, it could also be the origin of political turmoil, the manipulation of social media, massive killings with autonomous weapons and all the other dark sides of humanity. The problem is how could we design a safe and hedging system to avoid those negative scenarios. I guess we need more diverse opinions from outside of tech and engineering perspectives.

Do you think Chinese people are more open to AI than Westerners? Here people are very critical.

When I was born in 1981, it was the beginning of reform and opening-up in China. I’d experienced the enthusiasm of people absorbing information and thoughts from the west in the 1980s and 1990s, as well as technology. The rise of productivity benefited everyone, so people intended to consider technology as a neutral tool without negative consequences. But now we are entering the new era of platform-capitalism. The government and the masses started to realize the potential risks in technology. But still, on law enforcement, regulations, philosophy, and mentality levels, it takes some time for the Chinese to build up a more holistic and reflexive thinking towards technologies such as AI.

How has your book AI 2041 been received in China? Has it been very successful?

The book is doing very good on the market even if it has just been launched 3 months ago in mainland China. Both me and Dr. Lee Kai-Fu were invited to so many events, talks, live shows, and high-level conferences. A lot of positive feedback from the media and the audience. It got into the finalists of “Best books of the year” selected by a very prestige magazine: 三联文化周刊.